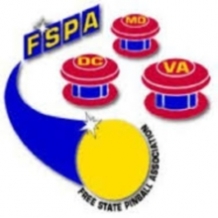 Fall season will be Thursday nights at 8pm starting on September 20th through December 13th.

Seasons: A season has 10 weeks of regular play. Don’t worry if you can’t make every week; there are provisions for preplaying as many as three weeks. At the end of the season, top players in each division compete in playoffs, which last one or two weeks depending on total league size. Top finishers in each division can earn trophies, and all playoff qualifiers in each division get a choice of cool prizes! Seasons usually begin in late January, late May, and mid September each year.

Grouping: At the start of the season, players will be assigned into groups of 3 or 4 people, based on historical or estimated ability. You compete only with your group-mates for league points. At the end of each week, the group winner will move up a group, and the low scorer in the group will move down. This group movement “bubbles” players into groups of similar skill, and also ensures you’ll get to meet and play against many different people through the season.

Divisions: Generally, players who usually play in the top groups will be qualified for “A” division, while players in the lower groups qualify for “B” division. Larger leagues may also have “C”, “D”, or even more divisions, with players divided appropriately. Players with the most league points in each division at the end of the regular season move on to the playoffs, and there play only against players in the same division.

League Scoring: Each group plays four games per week. For each game played, you can score 0 to 4 league points. League points are awarded by ranking the actual machine scores for each game in your group. Players are also awarded 0 to 4 bonus match points based on their total performance against their group that week.